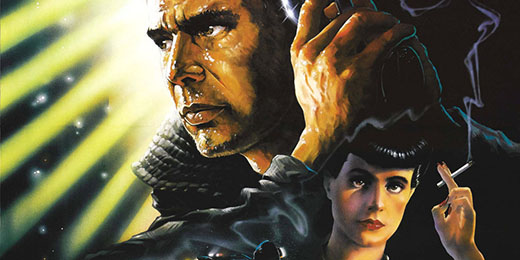 Popular Mechanics recently asked me (along with six other science fiction authors) to write up what we wanted to see in the upcoming Blade Runner sequel. Here’s what I had to say:

In my mind, Blade Runner is a self-contained story that (once “The Final Cut” was released) hasn’t exactly been begging for a sequel, prequel, or a reboot. But it is also a movie that teases us with brief glimpses down so many dim and intriguing passages that further illuminating a few of them could easily be the work of at least one new movie.

Blade Runner’s world-building is so rich that it poses far more questions than it ever manages to answer. What is life like on these off-world colonies? Where are they? In orbit? On the moon? On Mars? Presumably synthetic animals arose in response to widespread extinction, but how did that technology come to be used on humans, and why didn’t we just build far less troublesome, titanium-boned and silicone-skinned robots? And I assume the best blade runners burn themselves out because they unconsciously can’t shake the feeling that they’re killing fellow human beings, but such a moral dilemma—retiring synthetics that, in some ways, seem more human in their vulnerability than real humans—feels like very fertile territory to me.

Rather than just continuing a story, sequels might choose to explore the same universe but from a different perspective. We’ve seen how replicants try to blend in with humans in our world, so it might be interesting to see what happens when a team of investigators ends up on an off-world colony where synthetics have taken over, and must therefore pass themselves off as replicants. What can humans learn about themselves when their lives depend on embracing—and even becoming—the very things they fear and hate most?

In terms of cinematography and tone, a new Blade Runner has to show a great deal of deference to its predecessor. I love how the Voight-Kampff test is administered by a big, clunky machine which, inexplicably, contains bellows rising and falling in the foreground. And I love the prolific use of cathode-ray and vacuum-tube displays which, at the time, must have seemed pretty fancy, but help to preserve a wonderful, retro-futuristic, cyber-noir backdrop that I hope isn’t entirely abandoned in favor of multi-touch sheets of glass and holograms.