I’ve been casually growing orchids for a few years now, but things got more serious in October when I decided to take on Dracula orchids (often called “monkey-face orchids” because many of the blooms resemble little faces). Draculas are not “windowsill” orchids because they have very specific environmental requirements. Most grow in high-altitude, South American cloud forests which means they need: 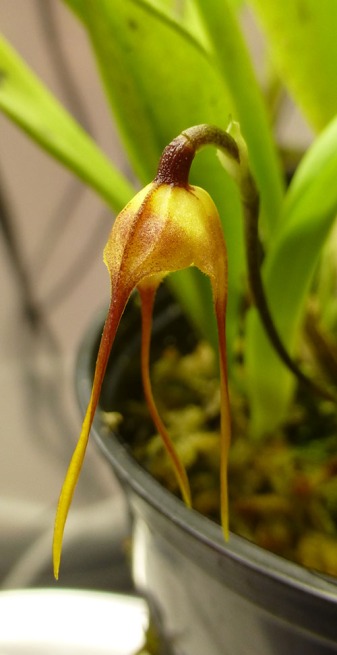 If those weren’t challenging enough conditions, half my collection blooms from below rather than above which means they need to be potted in baskets and suspended rather than arranged on a shelf. In other words, these are some of the most difficult orchids to grow in completely artificial, indoor conditions. (I actually have a couple of orchids that are proving even more difficult, but I’ll save those for another post).

Once I feel I have the process of growing Dracula orchids in a terrarium perfected, I’ll write a detailed article accompanied by a video. But for now, I want to report that I am having some very solid success. Not only am I seeing new growth with all my Dracula orchids, but my Dracula olmosii just bloomed. I’m particularly proud of the olmosii because it was nearly dead when I got it, having spent several months in a greenhouse that was far too hot.

I think it’s really interesting that the orchid that was in the worst condition when I got it was also the first to bloom. 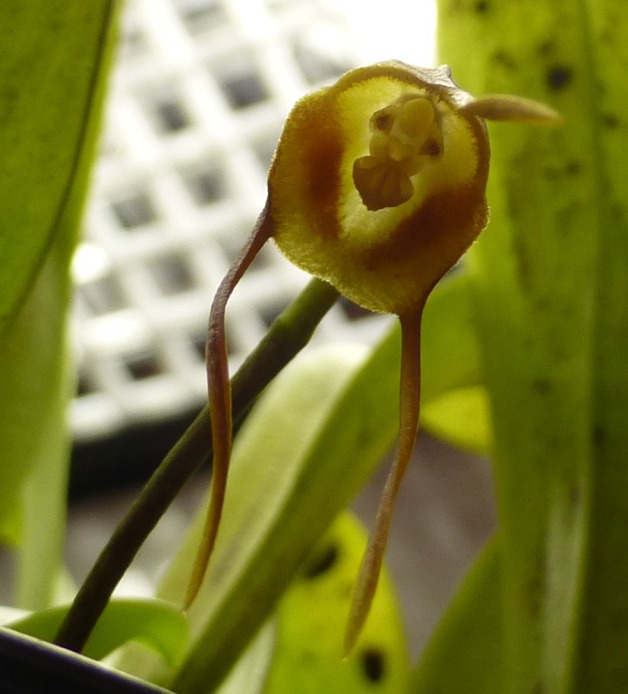 Peek inside the bloom of a Dracula olmosii orchid and you’ll find a little face peeking back out at you.

It’s happened to all of us. While sitting in front of our ultra-powerful, multi-thousand-dollar laptops, we’ve reached for our phones to send or read a text.

Think about that for a second: instead of applying the veritable supercomputers in front of us to the task of transmitting a few bits-worth of emoji — machines, incidentally, with obscene connectivity, full keyboards, mice/trackpads, and excellent spell checking — we’ve opted instead to pick up a phone, biometrically unlock it, open a messaging app, and risk autocorrect humiliation while laboriously tapping out a dispatch with less efficiency than a nineteenth-century telegraph operator. Then: lock phone, set down, complete approximately twenty additional seconds of work, and repeat.

For some of us desktop texters, such onerous workflows are a thing of the past — anecdotes to be passed down to our children and grandchildren in futile attempts to make them appreciate the extravagance of modern life. But for others, the loathsome cycle is seemingly unbreakable.

If you bask in the privilege of texting from both your desktop and your phone interchangeably, chances are you are an iOS and Mac user who has discovered the brilliance of Apple’s Continuity. Or you’ve allowed yourself to be subjugated by a more closed and proprietary messaging platform like Facebook Messenger. A few of you might even be Android users who cling to the false hope of Google Voice, or who have sworn lifelong allegiance to Nexus devices for the privilege of testing Project Fi.

What follows are all the ways I know of to text from both your desktop and your phone, along with the pros and cons of each approach. If you are already intimately familiar with the problem and you’re just here for a solution, skip ahead to the “Apple Messages” section and go from there. But if terms like “text” and “iMessage” sound to you like distinctions without differences, you might want to start with the glossary below.

END_OF_DOCUMENT_TOKEN_TO_BE_REPLACED

I’m a big fan of the mosaic street artist, Space Invader. I’ve visited several of his pieces in New York, and next time I’m in Paris, I plan on hunting down as many more as I can. I’d love to own an original someday, but in the meantime, I decided to recreate a small collection using one of my favorite mediums: Legos. 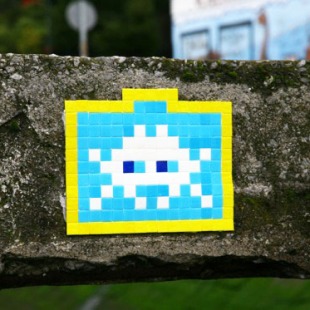 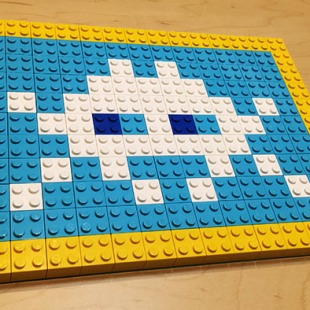 My most recent short story, Negative Proof, is unabashedly about gun violence. But it does not revolve around the politics of the Second Amendment. Nor is it a thinly veiled parable endorsing or condemning gun legislation. Instead, it’s the story of a journalist who — through an unexpected gift from a controversial philosophy professor — discovers an extraordinary way to turn seemingly irremediable personal tragedy into hope and inspiration.

Negative Proof is for all those whose lives have been touched by senseless and preventable gun violence.

My kids love watching birds in the backyard, so I decided to put up a bird feeder and install a birdbath. Bird feeders are relatively straightforward; birdbaths, I discovered, not so much.

It only took me about an hour of shopping to discover that buying a birdbath presents three general challenges:

So I decided to assemble my own. The base is a $13, 9-inch, painted steel plant stand, and the bath itself is a $20, 16-inch, ceramic planter saucer similar to this one. Total cost was about $35, and so far the beta testers seem to love it. It even has the added benefit of being very convenient to clean since I can pick up the saucer, dump it out, hose it down, and refill it in about sixty seconds.

Which leads me to my next ornithological epiphany: birds are surprisingly dirty. If you decide to take on the responsibility of avian hygiene, expect to change out the bath water every few days.

And finally, if you’re curious about why birds bathe in the first place, the answer is that we’re not entirely sure, but here are some pretty good guesses. 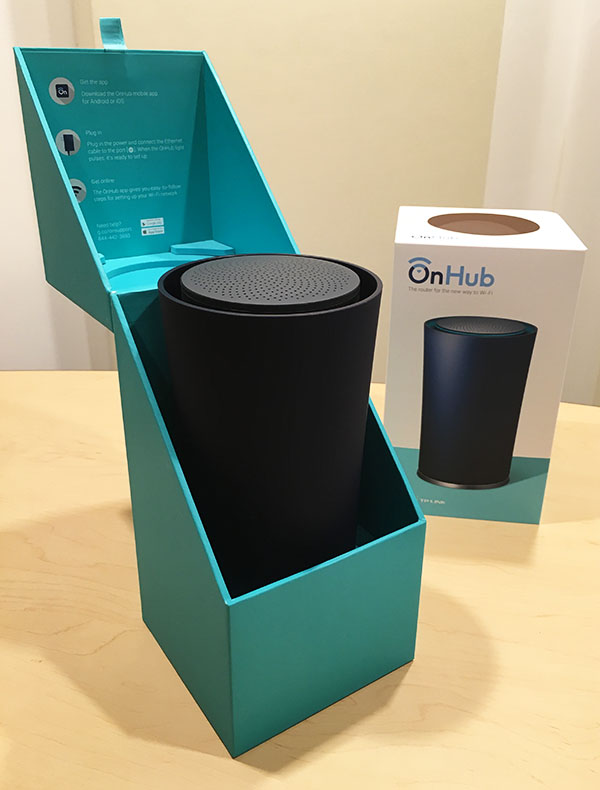 Update (1/13/2017): Although Google still sells the OnHub, it looks to me like it’s being replaced by Google WiFi. Fortunately, they work together so I can add Google WiFi devices to my network without having to replace my OnHub.

Update (4/25/2016): The OnHub now has support for guest networks. (I’m back to only having to use one router again.) You can even allow your guest network to have access to streaming devices like the Chromecast and Chromecast Audio. Thanks, Google!

Whenever Google dabbles in hardware, I pay attention. And whenever anyone claims to be rethinking not only an ubiquitous consumer electronic, but an entire customer experience, my curiosity is piqued. Google’s OnHub project is both.

I went with the model from TP Link since it was the only one available at the time I was buying, but the model from ASUS looks similar enough that I wouldn’t expect major differences. Here’s a breakdown of my experience with the OnHub so far.

END_OF_DOCUMENT_TOKEN_TO_BE_REPLACED

I was playing around with the LEGO Digital Designer app the other day, and as a quick, single-evening challenge, I decided to design and build the Adobe logo (I’m an Engineering Manager on Adobe’s Experience Design team). In order to ensure I’d be able to build it with pieces I already had, I used only the most common bricks (1×2, 2×2, 2×3, and 2×4). And, of course, it’s built for maximum rigidity.

Here’s here’s how it turned out:

END_OF_DOCUMENT_TOKEN_TO_BE_REPLACED 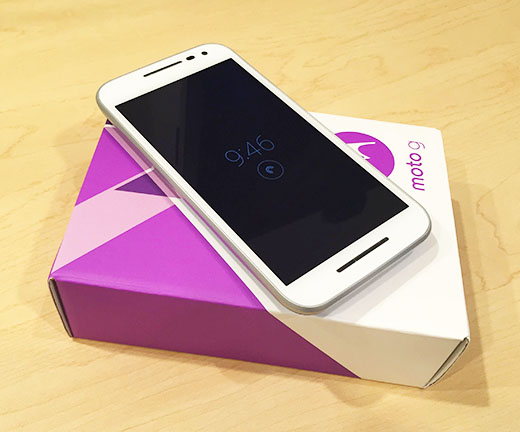 As I write this, I am surrounded by phones. I could justify it by saying that I’m a software developer, or a science fiction author, or some of them are from work, but the reality is that I have a phone fetish. I switch between iOS and Android devices on a regular basis purely for the novelty of it, and as part of an ongoing experiment to see if and how the most recent mobile innovations fit into my life. With several phones charged up, configured, and ready to use at any given time, I find it endlessly fascinating to see which one I’m compelled to reach for every day, and which end up neglected or sold.

END_OF_DOCUMENT_TOKEN_TO_BE_REPLACED 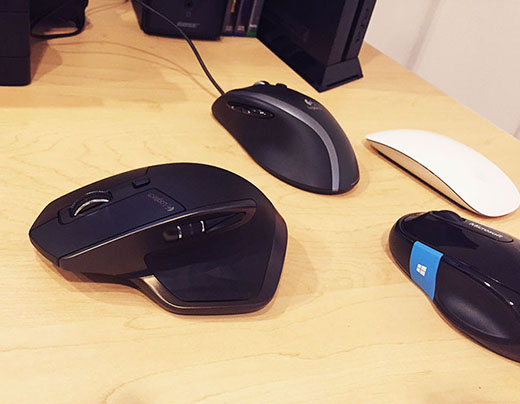 Despite multi-touch screens, voice interaction, and science fiction’s promise of gestural operating environments, the primary ways we interact with computers are still through the firmly established keyboard and mouse. I’ve tested dozens of keyboards to finally find a couple I can claim to truly love, but the same level of passion has always eluded me when it came to mice. So when Logitech boldly proclaimed that they revolutionized the nearly fifty-year-old peripheral with the MX Master, I was in.

Let’s start with some highlights:

END_OF_DOCUMENT_TOKEN_TO_BE_REPLACED

Popular Mechanics recently asked me (along with six other science fiction authors) to write up what we wanted to see in the upcoming Blade Runner sequel. Here’s what I had to say:

In my mind, Blade Runner is a self-contained story that (once “The Final Cut” was released) hasn’t exactly been begging for a sequel, prequel, or a reboot. But it is also a movie that teases us with brief glimpses down so many dim and intriguing passages that further illuminating a few of them could easily be the work of at least one new movie.

Blade Runner’s world-building is so rich that it poses far more questions than it ever manages to answer. What is life like on these off-world colonies? Where are they? In orbit? On the moon? On Mars? Presumably synthetic animals arose in response to widespread extinction, but how did that technology come to be used on humans, and why didn’t we just build far less troublesome, titanium-boned and silicone-skinned robots? And I assume the best blade runners burn themselves out because they unconsciously can’t shake the feeling that they’re killing fellow human beings, but such a moral dilemma—retiring synthetics that, in some ways, seem more human in their vulnerability than real humans—feels like very fertile territory to me.

Rather than just continuing a story, sequels might choose to explore the same universe but from a different perspective. We’ve seen how replicants try to blend in with humans in our world, so it might be interesting to see what happens when a team of investigators ends up on an off-world colony where synthetics have taken over, and must therefore pass themselves off as replicants. What can humans learn about themselves when their lives depend on embracing—and even becoming—the very things they fear and hate most?

In terms of cinematography and tone, a new Blade Runner has to show a great deal of deference to its predecessor. I love how the Voight-Kampff test is administered by a big, clunky machine which, inexplicably, contains bellows rising and falling in the foreground. And I love the prolific use of cathode-ray and vacuum-tube displays which, at the time, must have seemed pretty fancy, but help to preserve a wonderful, retro-futuristic, cyber-noir backdrop that I hope isn’t entirely abandoned in favor of multi-touch sheets of glass and holograms.